“Today we are reporting what I believe is the second-highest number of new cases we have had since our first case on March 6, with 797 new cases of COVID-19. That brings our total number of cases to 29,931. What it means is we are continuing to see an increase and a growth that we absolutely have to stop,” said Gov. Beshear. “And we’ll be watching these very carefully through the weekend and if we do not see the numbers come down, we going to have a series of recommendations and steps that we’ll need to take next week.”

Case Information
As of 4 p.m. July 24, Gov. Beshear said there were at least 25,931 coronavirus cases in Kentucky, 797 of which were newly reported Friday. Nineteen new cases were from children ages 5 and younger.

“Let’s remember these families need our help,” said Gov. Beshear. “And because of the surge in cases, we’re probably going to see more families out there in the near future need our help. So let’s not get tired. Let’s light our houses up green. Let’s ring those bells every single morning at 10 a.m. People need us now more than ever not just to wear a facial covering. Not just to engage in social distancing. Not just to cut their social occasions at their home to 10 not just to cancel your vacation if you’re going to any state that has a 15% positivity rate. But also they need your compassion. And they need your help when they have suffered the worst.”

“Again, how we manage this crisis, whether we can bring down cases is going to determine how many lives we lose,” said Gov. Beshear. “It’s going to determine what economic impact we have going forward because our reopening and our economy are now tied to how well we deal with this virus. And it’s going to be directly related to when we can get our kids back in school for in-person classes.”

As of Friday, there have been at least 574,233 coronavirus tests performed in Kentucky. The positivity rate currently stands at 5.28%, the highest ever reported in Kentucky.

At least 7,396 Kentuckians have recovered from the virus.

“Today we’re also announcing on the unemployment side, that we are extending our contract with Ernst & Young for another five weeks to continue assisting with our unemployment insurance claims,” said Gov. Beshear. “When we announced the contract with EY three-and-a-half-weeks ago, I said I hoped that we could get through 50,000 claims. As of yesterday, EY had helped with more than 56,000 claims, with two days to go on the current contract. Thus far, EY has met all expectations.”

He added that the number of Ernst & Young employees will decrease during the additional five weeks of the $4.4 million extension and that the new contract and the original contract with Ernst & Young would not impact the state’s normal budget.

“The renewed five-week contract and the original contract are both coming from our CARES Act funding and not the General Fund,” said Gov. Beshear.

Finally, Gov. Beshear emphasized that the partnership with Ernst & Young has helped state government employees assist more Kentuckians in-person and has led to much faster resolution of claims.

“If our staff were to drop everything and only work on the issues EY has been working on, it would have taken three months we think to do the work that they have done to date. That means in-person services would have stopped and we would’ve fallen further behind,” said Gov. Beshear. “But this new contract is going to continue to help us catch up, not just on initial claims where we are doing much better, but those issues that arise with the second and third payments where people may have made an error in requesting those. There is a significant amount of those out there and we think we can move through them very fast.”

Since the pandemic began, there have been more than 1 million claims filed for unemployment insurance, paying out more than $3.23 billion to Kentuckians since March.

KCV will help develop innovations from the state’s public universities and colleges into market-ready products, services and businesses.

Funded by $1.155 million in contracts through KY Innovation, the state’s office for entrepreneurial and small business support within the Kentucky Cabinet for Economic Development, KCV brings together the commercialization offices at the University of Louisville and University of Kentucky with the Kentucky Science and Technology Corp.

“Folks, it’s really hard to go out there a recruit a fortune 500 or 100 company to move their location,” said Gov. Beshear. “There’s lots of reasons that’s difficult. But some of the largest companies in America right now were started not that long ago by great ideas that ultimately grew into large companies. By trying to foster the innovation, by trying to support the very best ideas that are out there, we can build a brighter future based on our own intellectual capabilities and intellectual capital. This is a way that we invest to make sure that our future can be based on Kentucky born, Kentucky bred and Kentucky raised companies that can employee a lot of Kentuckians in high-end and well-paying jobs.” 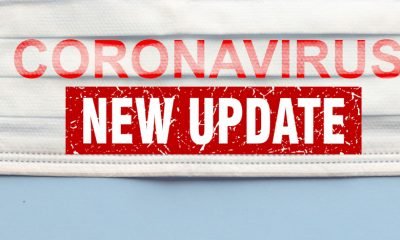 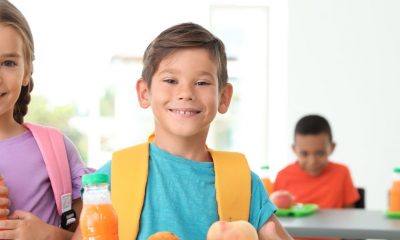 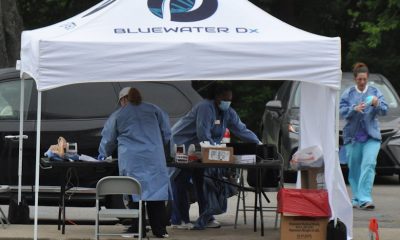