FRANKFORT, Ky. (May 1, 2020) – On Friday, Gov. Andy Beshear announced the number of tests completed for the novel coronavirus 2019 (COVID-19) at five different sites this week and encouraged Kentuckians to fill up all available appointments throughout the commonwealth.

Gov. Beshear said, “Let me mention, especially yesterday we’re having no-shows at some of our Kroger locations. It is really important that we use every one of these tests. So if you sign up, please make sure you go and get tested.”

At many of the sites, anyone can now sign up for the free COVID-19 testing. A few sites still have qualifying criteria for getting tested. For the latest information on drive-through testing, visit kycovid19.ky.gov.

Gov. Beshear also announced there would be no press conference tomorrow, in honor of what would have been Derby Day. “Let’s just take a day to breathe, to get outside, do some things that you enjoy doing that still fall within these guidelines,” said Gov. Beshear. “Let’s get refreshed, and on Sunday we’ll get back together again and I’ll give you an update on both of those days and we will move forward.”

Horses and Hope
Gov. Beshear wished Kentuckians a Happy Oaks Day and Derby weekend, saying it was a special time in the commonwealth even with races postponed.

He also recognized Horses and Hope and breast cancer survivors across Kentucky. Horses and Hope is a project of former First Lady Jane Beshear and the Kentucky Cancer Program, University of Louisville, with the support of the Pink Stable, a committee of Kentucky horse owners, riders, trainers, farm owners, jockeys, and others.

The original mission was to increase breast cancer awareness, education, screening and treatment referral among Kentucky’s signature horse industry workers and their families, many of whom are uninsured and underserved. Today, Horses and Hope has been expanded to offer prevention and early detection programs for seven different cancers. For more information, contact Kentucky Cancer Program at 1-877-326-1134.

“Oaks Day is the day where they do a survivor’s parade, where those who have battled and overcome or who are still dealing with breast cancer get a great honor, where the twin spires light up pink. It’s a cause important to so many, including my family,” Gov. Beshear said, “I wanted to make sure that I honored those survivors like I would on any Friday before Derby by wearing a little bit of pink.”

Congratulations
Gov. Beshear congratulated Trish and Gary Galbraith and their son, Caleb, whom they adopted via Zoom in Kenton County on Wednesday.

“Congratulations to the Galbraith family and thank you to the judge and social workers who made this possible in an unconventional way,” said Gov. Beshear. “As the father of two amazing kids, I know the joy you feel in this moment and am so happy for you.”

Condolences
Gov. Beshear offered condolences to the family of Geri Thompson, 71, of Louisville, who passed away on April 29 from COVID-19.

“Today, we want to honor an incredible Kentuckian that we lost to COVID-19 on Wednesday,” said Gov. Beshear. “To Geri’s children, grandchildren, sister, nieces, nephews and friends, we’re thinking about you and your family as you mourn this loss. Team Kentucky, this is why we have to keep up the fight.”

On Monday, the Governor will provide another Healthy at Work update, with official guidance for industries reopening on May 11.

Case information
As of 5 p.m. May 1, Gov. Beshear said there were at least 4,879 coronavirus cases in Kentucky, 177 of which were newly confirmed.

At least 1,752 Kentuckians have recovered from the virus. 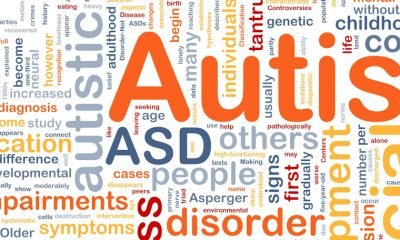 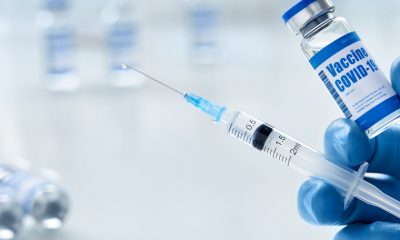 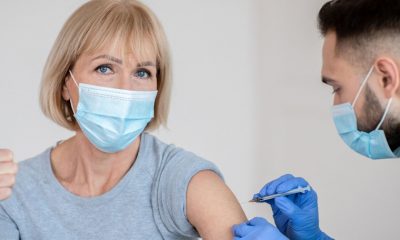 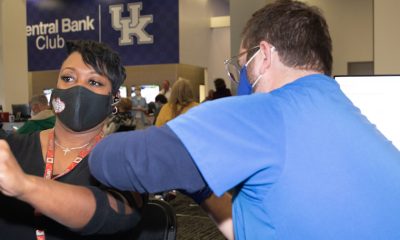