Today’s post comes to us from a recent Vancouver meeting of the Geological Society of America. For more information on earthquakes in Kentucky, see our earthquake information page.

Some of that difference could be due to unprecedented advances in technological and scientific capacity to detect earthquakes. Like the distance of Babe Ruth’s homeruns, anecdotes about past earthquakes have the mist of legend shrouding them, but modern earthquakes have a variety of ways they can be understood – and that helps recalibrate risk for future earthquakes.

The great Sumatra-Andaman earthquake of Dec. 26, 2004, for instance, unzipped a 1,300 kilometer long segment of the subduction zone and unleashed one of recent history’s most destructive, deadly tsunamis. Much of the rupture was along a region with very limited plate convergence. In Japan, the Kuril Islands, and the Solomon Islands, great mega-thrust ruptures have ruptured portions of the subduction zones that were thought too warm or weak to experience earthquakes.

“We previously had very limited information about how ruptures grow into great earthquakes and interact with regions around them,” said seismologist Thorne Lay of the University of California at Santa Cruz. “So we are using the recorded data for these recent events to guide our understanding of future earthquakes. We’ve gained a new level of appreciation for how one earthquake can influence events in other zones.
“What we’ve seen is that we can have multiple faults activated. We’ve seen it off Sumatra and off Japan. Once earthquakes get going they can activate faulting in areas that were thought not physically feasible.”

In his talk today, Lay is discussing relevance of Cascadia, in the Pacific Northwest, where earthquake risk may get a rethink due to belief that a great quake happened in the year 1700. Perhaps the best recent analogy to Cascadia is off the coast of Iquique, Chile, said Lay. There had been a great quake in 1877, and a conspicuous gap in quakes ever since. Like the 1700 Cascadia earthquake, there is little data for the 1877 event, which killed more than 2,500 people. In both subduction zones, the converging plates are thought to be accumulating strain which could be released in a very large and violent rupture.

On April 1st of this year, some of that strain was released offshore of Iquique. There was a Mw8.1 rupture in the northern portion of the seismic gap. But it involved slip over less than 20 percent of the region that seismologists believe to have accumulated strain since 1877.

“We have no idea why only a portion of the 1877 zone ruptured,” said Lay. “But clearly, 80 percent of that zone is still unruptured. We don’t have a good basis for assessment of how the rest will fail. It’s the same for Cascadia. We don’t know if it always goes all at once or sometimes in sequences of smaller events, with alternating pattern. It is prudent to prepare for the worst case of failure of the entire region in a single event, but it may not happen that way every time.” 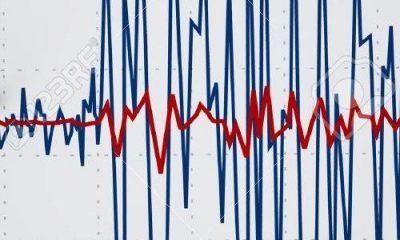 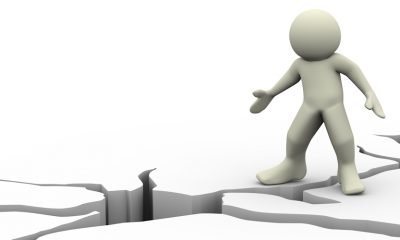 John BobelOctober 6, 2015
Read More
Scroll for more
Tap
Get Ready to Drop, Cover and Hold On
February 7 is anniversary of New Madrid Earthquake