The Lexington Police Department is warning citizens of a phone scam involving someone who claims to be a police officer.

Today two individuals contacted the police department in reference to a possible scam. According to the complainants, an individual identifying himself as a sergeant with the Lexington Police Department called them, stating that a family member had been involved in a traffic accident and that they would need to send money.

Detectives with the Financial Crimes Unit followed up with the information and contacted the suspect via telephone and were able to ascertain the following information:

The suspect called from a number with an 866 area code and identified himself as Sergeant Christopher Wallace. “Sgt. Wallace” advised that the victim’s daughter was in a traffic collision on I-64 while talking on her cell phone. She was transported to a hospital where she received stiches in her mouth and was unable to talk. The scammer then said that due to the fact that she was talking on a cell phone while driving, the daughter was going to be taken to jail for a charge of “Reckless Endangerment,” unless a fine of $1,400.00 was paid within 20 minutes.

The suspect provided a local bank location in order to transfer money to the district attorney and detectives were told to call back when they arrived at the bank with the money. Once detectives called back, they were advised that one of the people in the collision had died and that the charge was now going to be involuntarily manslaughter. Money would now need to be transferred via Western Union (Money in Minutes) to an attorney in New York.

This investigation is ongoing. Fortunately, the two victims who reported the scam did not send money.

As a reminder, the Lexington Police Department will never contact anyone via telephone and ask that money be sent via a third party money processor such as Western Union or MoneyGram. If you get a call like this, just hang up. Do not provide any personal information or send money. 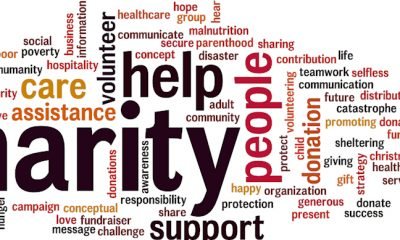 One Thing Wednesday: Stash Some Cash